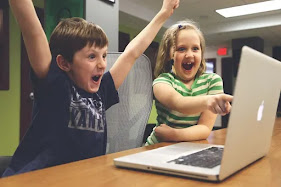 Story – Based on 1992 Indian stock market scam committed by many stockbrokers including Harshad Mehta, the series is adapted from journalist Sucheta Dalal and Debashish Basu’s 1992 book The Scam.

SCAM 1992  was a systematic fraud committed by Harshad Mehta in the Indian stock market which made the entire securities system collapse. He committed a fraud of over 1 billion from the banking system to buy stocks on the Bombay Stock Exchange ( BSE ).

Story – TVF’s newly released web series, Aspirants follows the lives of three UPSC aspirants and friends, Abhilash, Shwetketu (SK) and Guri in Delhi, and effectively navigates through different timelines in their respective lives to present a heart-warming tale of friendship.

Must watch – specially for those who preparation for exams.

Sex Education is a British comedy-drama web series created by Laurie Nunn. Starring Asa Butterfield as an insecure teenager and Gillian Anderson as his mother, a sex therapist, the series premiered on Netflix.

Story – Socially awkward high school student Otis may not have much experience in the lovemaking department, but he gets good guidance on the topic in his personal sex ed course — living with mom Jean, who is a sex therapist. Being surrounded by manuals, videos and tediously open conversations about sex, Otis has become a reluctant expert on the subject. When his classmates learn about his home life, Otis decides to use his insider knowledge to improve his status at school, so he teams with whip-smart bad girl Maeve to set up an underground sex therapy clinic to deal with their classmates’ problems. But through his analysis of teenage sexuality, Otis realizes that he may need some therapy of his own.

Plateform – Netflix , And it is available for free download too. It is recently uploaded by many of the websites.

Premise. The Family Man follows the story of Srikant Tiwari, who works as a senior officer in the Threat Analysis and Surveillance Cell (TASC), which is a part of the National Investigation Agency (NIA) of India.

Story – Srikant Tiwari is a middle-class man who also serves as a world-class spy. Srikant tries to balance his familial responsibilities with the demands of the highly secretive special cell of the National Intelligence Agency that he is working for.

This web series is either based on the spiritual and controversial guru , streaming webseries on MX player.

Story – The story of Baba (preacher), played by Bobby Deol, known as ‘Baba Nirala. ‘ whose followers have blind faith in him and will do anything that he asks of them. But Baba Nirala is a conman, who ensures that his devotees devote their wealth to him and stay attached to the Aashram for life

AGE – The web series is strictly for the Adults 18+ , so watch is all alone, avoid it watching with the kids and family.

Asur is a 2020 Indian Hindi-language crime thriller web series, produced by Tanveer Bookwala of Ding Entertainment for the video on demand platform Voot.

Is Asur a real story?

Asur ( lit. ‘Devil’) is a 2020 Indian Bengali-language action-thriller drama film written and directed by Pavel Bhattacharjee. According to the director, it is a tribute to the sculptor Ramkinkar Baij.

Is Asur a good web series?

ASUR is an extremely well-directed web series based on a very thought provoking story. It keeps the viewers captivated. The title completely justifies the story.

Story – A criminal mastermind who goes by “The Professor” has a plan to pull off the biggest heist in recorded history — to print billions of euros in the Royal Mint of Spain. To help him carry out the ambitious plan, he recruits eight people with certain abilities and who have nothing to lose. The group of thieves take hostages to aid in their negotiations with the authorities, who strategize to come up with a way to capture The Professor. As more time elapses, the robbers prepare for a showdown with the police.

The Married Woman is an engaging drama web series, starring Ridhi Dogra and Monica Dogra in the lead roles on ALTBalaji. The plot is adapted from a novel of the same name, penned by Manju Kapur. Its frames follow a unique tale of friendship, romance and self-discovery after the two protagonists are introduced to each other.

Inside Edge is an Indian sports-drama streaming television series created by Karan Anshuman and released on Amazon Prime Video.

Story – Inside Edge is the story of the Mumbai Mavericks, a T20 cricket franchise playing in the Powerplay League. Set in a landscape of conflicting interests, where selfishness is almost a virtue, where money and power go hand in hand, the series traces the ups and downs in the Powerplay league as the Mumbai Mavericks face ownership problems along with accusations of match fixing.

Is inside edge based on Preity Zinta?

The characters in the web series, Inside Edge, were reported to be based on Lalit Modi and Preity Zinta, essayed by Vivek Oberoi (founder of IPL) and Richa Chadha (an actress who owns a cricketer team) respectively, and the show is inspired by the IPL scam

Is dirty money is true story ?

Is dirty money worth watching?

I’d say definitely entertaining. Don’t think of it as routine documentaries. This series from Netflix is worth to watch and is different from all the other boring documentaries. I have just completed two episodes where scandals of Volkswagen and Scott tucker’s payday loan companies were focussed on.

POVERTY ANYWHERE IS A THREAT TO PROSPERITY

POVERTY ANYWHERE IS A THREAT TO PROSPERITY EVERYWHERE “Saving our planet and lifting people out of poverty — they are one and the same fight”- Ban Ki Moon, said by Ex- General Secretary, UN. This statement carries a simple yet a very powerful message that the biggest challenge to the future of human civilisation comes […]

The world is hardly wired for cyber resilience – knowledge bouquet

The world is hardly wired for cyber resilience.   There have been a series of high profile cyber attacks in recent months. The end of 2020 witnessed the ‘SolarWinds’ cyber attackinvolving data breaches across critical wings of the U.S. government like defence, energy and state. Early 2021 witnessed a cyber attack by a Chinese group […]

UPSC Prelims Mains FACTS:      1. Shanghai Cooperation Organisation SCO is an 8-member Eurasian economic and security bloc led by China. It was founded in 2001 with China, Russia, Kazakhstan, Kyrgyzstan, Tajikistan and Uzbekistan as its founding members. India and Pakistan became full time members in 2017 in the backdrop of Astana summit of […]