Did you know insterting Facts About Indian Legends❓❔❓

Did you know the facts about place and infrastructure in India  ❓❔❓

Kargil’s dras, its temperature goes up to -50 degrees Celsius 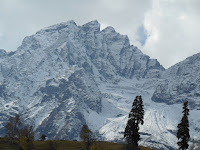 5 Replies to “Amazing and interesting facts of India – Knowledge Bouquet”