territories. The length of our land borders with neighbouring countries is as under: 1/5 China 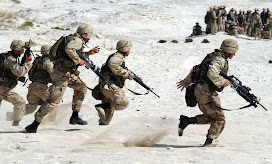 In the western sector, India shares about 2152 km long border with China.

It is between Union Territory of Ladakh (erstwhile state of Jammu and Kashmir) and Xinjiang Province of China.

In this sector, there is a territorial dispute over Aksai Chin. India claims it as part of erstwhile Kashmir, while China claims it is part of Xinjiang.

The dispute over Aksai Chin can be traced back to the failure of the British Empire to clearly demarcate a legal border between China and its Indian colony.

During the time of British rule in India, two borders between India and China were proposed- Johnson’s Line and McDonald Line.

The Johnson’s line (proposed in 1865) shows Aksai Chin in erstwhile Jammu and Kashmir (now Ladakh) i.e. under India’s control whereas McDonald Line  (proposed in 1893) places it under China’s control.

India considers Johnson Line as a correct, rightful national border with China, while on the other hand, China considers the McDonald Line as the correct border with India.

At present, Line of Actual Control (LAC) is the line separating Indian areas of Ladakh from Aksai Chin. It is concurrent with the Chinese Aksai Chin claim line.

In this sector, India shares about 625 km long boundary with China which runs along the watershed from Ladakh to Nepal.

Himachal Pradesh and Uttarakhand touch this border with Tibet (China) in this sector.

Both sides do not have much disagreement over the border in this area.

In this sector, India shares a 1,140 km long boundary with China.

It runs from the eastern limit of Bhutan to a point near the Talu Pass at the trijunction of Tibet, India and Myanmar.

2/5 China considers the McMahon Line illegal and unacceptable claiming that Tibetan representatives who had signed the 1914 Convention held in Shimla which delineated the McMahon line on the map were not having rights to do so.

Jammu and Kashmir, Pakistan-occupied Kashmir and Gilgit-Baltistan: Pakistan is in the illegal and forcible occupation of approximately 78,000 sq. km of Indian

Territory in Jammu and Kashmir. In addition, under the so-called Sino-Pakistan Boundary Agreement of 1963, Pakistan illegally ceded 5,180 sq. km in Pakistan Occupied Kashmir to China.

Siachen Glacier: The Siachen Glacier is located in the eastern Karakorams in the Himalayas just east of the Actual Ground Position Line between India-Pakistan.

The entire Siachen Glacier, with all major passes, is currently under the administration of India since 1984 (Operation Meghdoot).

Saltoro Ridge: The Saltoro Mountains mountain range is a subrange of the Karakoram Heights or of Saltoro Ridge. They are located in the heart of the

Karakoram, on the southwest side of the Siachen Glacier.

They are claimed as part of Jammu and Kashmir Union Territory by India and as part of Gilgit-Baltistan by Pakistan.

In 1984, India assumed military control of the main peaks and passes of the range, with Pakistani forces into the glacial valleys just to the west.

Sir Creek: It is a 96 km long strip of water disputed between India and Pakistan in the Rann of Kutch marshlands.

Bombay Government Resolution of 1914 signed between the then Government of  Sindh and Rao Maharaj of Kutch).

The International Boundary in the Sir Creek area and International Maritime Boundary line (IMBL) between India and Pakistan have not been demarcated.

Kalapani: Kalapani is a valley that is administered by India as a part of the Pithoragarh district of Uttarakhand. It is situated on the Kailash Mansarovar route.

The latest political map of India reiterated the Indian claims on the region that Nepalsays belongs to its westernmost part. India claims the historic region as part of Uttarakhand.

The Kali River in the Kalapani region demarcates the border between India  and Nepal.

The Treaty of Sugauli signed by the Kingdom of Nepal and British India (after Anglo-Nepalese War) in 1816 located the Kali River as Nepal’s western boundary with India. The discrepancy in locating the source of the river led to boundary disputes between India and Nepal, with each country producing maps supporting their own claims.

Susta: Susta area is one of the disputed territories between India (Uttar Pradesh) and Nepal.

Susta is located on the bank of the Gandak river (called Narayani river in Nepal).

The change of course by the Gandak river is the main reason for disputes in the Susta area.

India and Sri Lanka have a maritime boundary. A 30-km wide shallow sea, the Palk Strait, lies between the countries.

Though, by and large, peace has reigned where the Indo-Sri Lanka border issue is concerned, there were tensions over the question of who owned

Kachchatheevu Island in the Palk Strait. It was given by India to Sri Lanka in 1974.

There were some boundary disputes between India and Bangladesh that were resolved by the implementation of the historic “Land Boundary Agreement”.

During the visit of Indian Prime Minister to Bangladesh in June 2015, the Land Boundary Agreement between India and Bangladesh of 1974 and its Protocol of 2011 were ratified.

There is no border dispute between India and Myanmar. However, certain sectors of the India-Myanmar boundary remain to be demarcated.

India’s unsettled boundaries pose major problems in its policy towards its neighbours, especially China and Pakistan.

It has not been possible for India to agree on the border with China since China is laying unreasonable claims on territories that have historically been India. There must be more constructive diplomatic engagement between both countries to resolve their decades-long border issues.

Regarding Pakistan, both the countries should come on the table sooner or later to discuss their contentious issues. Meanwhile, Pakistan must end any kind of support to Terrorism and its “Proxy War” on India to bring India on table to talk border issues.

India should engage constructively and generously with its smaller neighbours like Nepal to deal the border issues.

UPSC Prelims Mains FACTS GenoVault GenoVault is a centralized genomic repository for researchers using private cloud infrastructure.  GenoVault has enormous importance in healthcare and is of great use in personalized medicine also.  GenoVault provides a genomics repository with easy to use interfaces and Cloud based services.  GenoVault is supported by the Department of Biotechnology […]

Home        About us     Contact Us What is Banking ? Banking is a service industry that accept deposites from public and creates demand depostites simultenously making loan  In simple word – Providing services to those who want to lend, borrow or invest. In other words bank is an institution  which collects money from those who have […]