Amazonia-1 has a mission life of 4 years.

Weighing 637 kg it will monitor deforestation in the Amazon region.

It belongs to the Brazilian National Institute for Space Research (INPE).

The successful launch of Brazil’s Amazonia-1 satellite by ISRO marks a new high point in space cooperation between the two countries that began nearly two decades ago.

The Indian Prime Minister called it a historic moment in India-Brazil space cooperation.

The unique relationship between both countries has ensured support for each other’s satellites and the use of each other’s ground stations, including tracking India’s Chandrayaan-1&2 missions and the 2013 Mangalyaan Mars Orbiter Mission using Brazilian earth stations Alcantara and Cuiaba.

Brazil and India first signed an MoU between the Department of Space and AEB in March 2002, followed by a Framework Agreement in 2004, that is reviewed by a Joint Working Group.

In 2007, they inked a special arrangement that allows Indian scientists access to Brazilian ground stations to remote sensing data from the Indian satellites.

Also, according to the ISRO Chairman, this particular mission is special because these five Indian satellites are coming under the new space reform announced by the Government of India.

ISRO has till date launched 342 foreign satellites from 34 countries.

A few years ago, satellite imageries had found 14,590 hectares of the lagoon under manmade gherries for illegal prawn cultivation.

Eviction of illegal enclosures is likely to improve the ecological health of the lake.

Endangered Irrawaddy dolphins are the first beneficiaries of the eviction drive.

The mammals can move unhindered in Chilika Lake.

In the Rambha sector, dolphins were sighted for the first time in three decades after the eviction drive. Besides, there was a sudden increase in the population of ducks who prefer to dive in open water.

The Suryakiran Aerobatic Team (SKAT) and the Sarang helicopter display team, along with the light combat aircraft, of the Indian Air Force will perform at an airshow in Colombo as part of the 70th-anniversary celebrations of the Sri Lankan Air Force (SLAF).

Surya Kiran is an aerobatics demonstration team of the Indian Air Force.

The Surya Kiran Aerobatic Team (SKAT) was formed in 1996 and are a part of the 52nd Squadron of the IAF.

The team has since performed numerous demonstrations.

He said that India was looking to diversify its trade dependencies as a normal bilateral trade relationship with China was contingent on peace and tranquillity on other fronts.

While China continues to be one of India’s most important trade partners, the balance of trade is skewed in favour of the former.

The current bilateral trade with China at $78 billion is heavily tilted in China’s favour.

The Indian government is trying to work out details of new proposals with the Biden administration to make the supply chain more resilient in the Indo-Pacific region.

India is simultaneously working on diversifying its sourcing to ensure a more resilient supply chain in the future.

February 28 is annually observed as National Science Day in India to commemorate the discovery of the Raman Effect by Nobel laureate Dr C V Raman.

The theme for National Science Day 2021 is “Future of STI: Impacts on Education, Skills, and Work”.

The observance of this day aims to motivate the students to gain hands-on experience in the field of science.

The government of India felicitates scientists who have contributed immensely in the field of science. 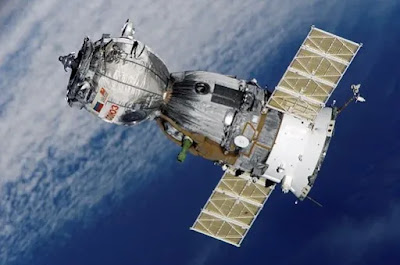 back to home page

>DO you know that Chances of white tiger being born are 1 in 10000 and it is found only in India. 😱 >India’s first sound film ❓❔❓ ANSWER IS  Alam Ara .. Do you know  ❓❔❓ India’s first shemale judiciary is the Joita mandal Mukesh Ambani is again richest Asian as China’s Zhong loses $22 billion. Did you […]