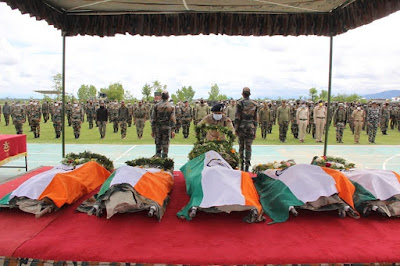 So far 22 security personnel have been martyred and 32 jawans have been injured in a Maoist attack in Chhattisgarh. In fact, on April 3, 2021, the security forces’ encounter with the Maoists started. This incident is of Jagargunda area of ​​Sukma in Chhattisgarh.

On April 2, several teams of security forces launched an anti-Maoist operation in Chhattisgarh’s Bijapur and Sukma districts. There were about 2000 security personnel in the teams of these security forces. These forces included CRPF, CoBRA (Commando Battalion for Resolute Action), District Reserve Guard (DRG) and Special Task Force (STF) personnel.

One Reply to “Chhattisgarh Maoist attack: 22 Soldiers were dead”