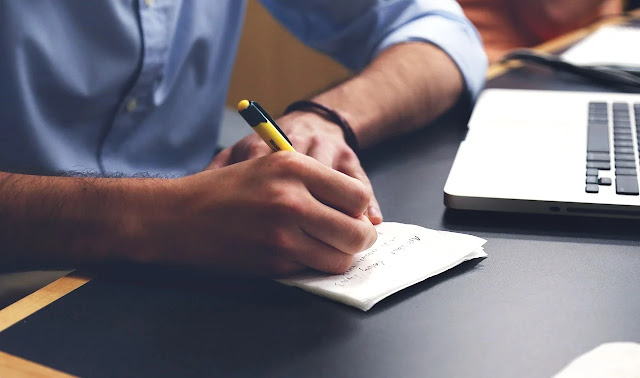 2021 President’s Trade Agenda and 2020 Annual Report were submitted by the U.S. Trade Representative (USTR) to Congress.

According to the report, the Biden administration’s trade agenda will make pandemic recovery a top priority and focus on the American workers.

Push for labour standards in its trade agreements.

The ongoing comprehensive review of U.S. trade policy towards China is integral to the development of the Administration’s overall China strategy.

It committed to using all tools available to counter practices it calls unfair and harmful to the U.S.

It will also collaborate with allies to address the market distortions created by the industrial overcapacity issue.

Addressing human rights abuses against the Uighurs and others will be a top priority for the administration, as per the report.

It will work with allies to implement necessary reforms to the World Trade Organisation’s (WTO) substantive rules and procedures to address the challenges facing the global trading system, including growing inequality, digital transformation, and impediments to small business trade.

The report states that the country tried to resolve long-standing market access impediments affecting U.S. exporters during 2020 with India.

It stated that the Indian emphasis on import substitution through “Make in India” epitomises the challenges to the trade relationship.

Chinese state-sponsored actors may have deployed malware into Indian power grids and seaports as border tensions between India and China began escalating.

As per the report, an October 12 grid failure in Mumbai may have been caused by the Chinese malware.

It links the malware attacks to a massive power outage in Mumbai and its suburbs which impacted hospitals, businesses, the stock market, homes and transport systems.

The Indian government was alerted that there is evidence that some of the intrusions remain ongoing.

The U.S firm has shared technical details of the intrusions with the Indian government that would allow them to identify and respond to the incidents.

The Power Ministry confirmed that while attempts to breach systems were made, the sector had not been impacted.

1. Master and the roster

The Supreme Court proceedings in the case of the alleged conspiracy to threaten the independence of the judiciary on the basis of sexual harassment allegations against the former Chief Justice of India (CJI), Ranjan Gogoi.

Master of the Roster system:

The article laments that the SC proceedings failed to recognise the threat to judicial independence posed by the singular power of the CJI as the Master of the Roster.

The Master of the Roster system vests exclusive discretion in the Chief Justice to constitute benches and allocate cases.

The Master of the Roster power enjoyed by the CJI lay at the heart of the controversy surrounding the proceedings the Court has now closed.

The Master of the Roster power enjoyed by Justice Gogoi allowed him to institute suo motu proceedings despite being an accused and even presided over it. The case was labelled as a matter of judicial independence.

Threat of becoming a singular power:

The Master of the Roster power makes the CJI’s office a high stakes one placing all the powers in the hands of the CJI and making the CJI the sole point of defence of the Court against executive interference.

The CJI’s Master of the Roster power is enjoyed without scrutiny.

A group of senior judges of the SC have previously levelled allegations of favouritism in how CJI Dipak Misra allocated cases, through a press conference.

Reluctance of the higher judiciary to reform:

The Supreme Court has been reluctant to dilute the Master of the Roster power.

In Asok Pande v. Supreme Court of India (2018), a three-judge bench of the Court held that Master of the Roster is the CJI’s exclusive power.

The two-judge bench in Shanti Bhushan v. Supreme Court of India (2018) rejected the plea that the Master of the Roster should be interpreted as the collegium.

The existing system despite the progressive reform like the institution of the collegium system in the appointment process has failed to prevent executive interferences in the judiciary due to the following two reasons.

The CJI’s allocation of cases remains an unchecked power owing to the Master of the Roster powers enjoyed by CJI.

The researchers at the Indian Institute of Technology, Delhi have developed a zero-emission technology to manage and recycle e-waste to wealth.

The team adopted a methodology that uses e-waste as an “Urban Mine” for metal recovery and energy production.

The e-waste is shredded and pyrolyzed to yield liquid and gaseous fuels, leaving behind a metal-rich solid fraction.

On further separation using a novel technique, the leftover solid residue yields a 90-95% pure metal mixture and some carbonaceous materials.

The carbonaceous material is further converted to aerogel for oil spillage cleaning, dye removal, carbon dioxide capture, and use in supercapacitors.

The technology is an outcome of a Department of Science and Technology-funded project and developed technology.

The project will cater to the need of “Smart Cities,” “Swachh Bharat Abhiyan,” and “Atmanirbhar Bharat” initiatives of the government.

Category: INTERNATIONAL RELATIONS  China gives green light for first downstream dams on Brahmaputra Context: A draft of China’s new Five-Year Plan (FYP) 2021-2025 has given the green light for the first dams to be built on the lower reaches of the Yarlung Zangbo river, as the Brahmaputra is known in Tibet before it flows into […]