POVERTY ANYWHERE IS A THREAT TO PROSPERITY EVERYWHERE

“Saving our planet and lifting people out of poverty — they are one and the same fight”- Ban Ki Moon, said by Ex- General Secretary, UN.

This statement carries a simple yet a very powerful message that the biggest challenge to the future of human civilisation comes from poverty.The war on poverty is not simply about helping the poor; rather it is the fight to save the future of all mankind. That is because poverty anywhere presents a threat to well being and prosperity of ‘everyone’ and ‘everywhere’. Let us go into why and how of this. 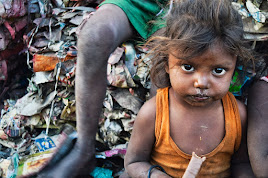 Why poverty anywhere is a threat to prosperity everywhere?

The answer lies in the interconnectedness of the world. The world is so intertwined today that it is impossible even for the far off prosperous lands to stay immune to the disasters that originate from pockets of poverty and inequity.

How poverty anywhere is a threat to prosperity everywhere?

AIDS originated in Africa. The poor countries in Africa did not have the resources to conduct research or identify and restrict the disease in time. Ultimately AIDS spread to such proportions that it became a threat and challenge to people across the globe. Today UN and rich countries have to spend billions of dollars worldwide in treatment and containment of AIDS.

Further, In the age of global air travel, when trillions of passenger kilometresare flown every year, it is easy to see how an infectious disease — whether avian flu or Ebola or SARS – originating in a country having poor early warning and response mechanisms could easily become worldwide epidemic and threaten the lives of masses much beyond its borders. Hence Prosperity no longer offers a safety from disease and epidemic which emerges from distant poverty stricken areas.

In her speech at the first Global Conference on Human environment, Indira Gandhi famously asked “Aren’t poverty and need the biggest polluters?”. The answer was a resounding yes. The world thought so then. The world knows it even better now, after more than four and a half decades of experience since the Stockholm Conference.Global warming and climate change posses an ever increasing threat to the whole world today. Unfortunately, poverty essentially promotes the practices that cause threat to environmental sustainability. And this makes poverty the biggest polluter because the poor do not have the resources to shift to cleaner technologies and practices. For all practical purposes hunger takes away the choice from them. After all, when survival for the day is the priority, and at times just a probability, issues like environmental sustainability and global warming become absolutely meaningless.

The only choice for mankind However, the stark reality of poverty still stares at us. Nearly 1/2 of the world’s population — more than 3 billion people — live on less than $2.50 a day. More than 1.3 billion live in extreme poverty — less than $1.25 a day. According to UNICEF, 22000 children die everyday due to poverty.

Hunger is the number one cause of death in the world, killing more than HIV/AIDS, malaria, and tuberculosis combined.This becomes more shocking when we realise poverty is an artificially created phenomenon. Ultimately it is the result of manmade structures and systems.It is not that that food produced in the world is insufficient and that is why hunger deaths are caused. The yearly food production is 17 percent more than required for consumption for all mankind today. This reminds one of what Gandhi ji said – “the earth provides enough for everyone’s needs but not everyone’ greed.”

Oxfam estimates that it would take $60 billion annually to end extreme global poverty–that’s less than 1/4 the income of the top 100 richest billionaires. Just 100 persons in 6 billion strong humanity earn four times more than what is needed to eliminate world poverty. This money is just 10 percent of annual defence budget of USA.This makes one ponder that may be the reason for extreme poverty around world is not the dearth of income or resources, rather it is lack of intent and empathy in all of us as mankind. As Someone has said “poverty of goods can be easily cured but poverty of soul is irreparable”.

But this needs to change. This has to change. The sooner we realise it, the better.Because today, poverty alleviation is not a choice. It is not something that rich nations, organisations or persons need to do out of weight on moral conscience seeing the misery and poverty around.

UGC Recruitment 2021: There is good news for the candidates who are seeking Govt. jobs. University Grants Commission (UGC) has invited applications for the post of Junior Consultants in Distance Education Bureau. Eligible candidates can apply online to these posts only on or before 12 July 2021.  UGC has released the notification for the recruitment […]

4 Replies to “POVERTY ANYWHERE IS A THREAT TO PROSPERITY”