The Ultimate Guide to Merchant Navy

The following article will give you an insight on all the information you need about Merchant Navy in a concise manner. It contains details regarding the most general questions and break misconceptions regarding Merchant Navy, debunking some myths along the way.

What is Merchant Navy?

Many people confuse Merchant Navy with Navy from the Defense forces but they are very different from one another.Merchant Navy is the fleet of commercial ships registered in a specific nation, which is involved in transport of passengers and cargo through different routes at the sea. Considering the fact that most of the International Trade is carried out via the sea, the Merchant Navy plays a crucial role in keeping the global supply chain intact and the maintain economic development of a nation.

Merchant Navy is a fleet of commercial ships which are not used for military purposes.Their role is commercial and these ships are generally owned by private shipping companies around the globe.

It is an industry which spans around the globe and has people of various nationalities working together as the crew on different vessels.

For someone who aspires to have a have a lucrative job and travel around the world at the same time, Merchant Navy can be the-to go career. Vessels have come a long way from the past of wooden sail based small boats to massive floating cities of steel capable of carrying thousands of passengers to thousands of tons of cargo, ships have become true marvels of human engineering. 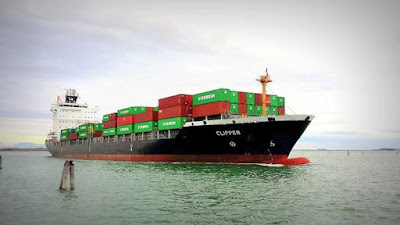 The deck department sees to the safe navigation of the ship along with its maintenance and safekeeping of the cargo onboard.

Captain/Master: is the highest ranking official onboard,

Chief Officer: in-charge of the cargo operations jobs onboard,

Second Officer: is the medical officer jobs onboard and in-charge of chart publications, Salary: 3400-4800$ p.m.

The engine department sees to all the technical and mechanical machinery onboard. They take care of the Main engine and all the machinery fitted for its support onboard the vessel.

Second engineer: is jobs of in-charge of all maintenance and operations,

Engine Ratings include all the unlicensed people onboard. They assist the officers while carrying out their duty.

They take care of the catering and food requirements of the seamen onboard.

There are some minimum requirements that you should fulfill before thinking of joining the Merchant Navy. You shall be physically and mentally fit, some conditions vary depending on your nationality.

1.     Being of Indian nationality for instance, in order to be a deck or engine officer you will require to have Physics, Chemistry and Mathematics (PCM) as your main subjects along with English as a separate subject.

2.     You need to be fluent with your Spoken English and communication or soft skills. Onboard vessels the crew can be multinational and hence one needs to be good at the common global language of English for communication.

3.     The jobs onboard a ship is very demanding both physically and mentally. One needs to be resilient in both mental and physical terms since life at sea is certainly not easy considering the humongous sizes of vessels and the stresses that it exerts on a person physically. Also, there are no holidays at sea which means mental toughness is a must have if you wish to board a ship as an officer.

How to join Merchant Navy as an Officer : course

To join Merchant Navy after completing your (10+2), you will have to take the Indian Maritime University – Combined Entrance Test or IMU-CET exam. When cleared, you will have to undergo a medical fitness evaluation by a DG Shipping approved doctor.

Thereafter you can pursue one of the following courses based on your department of choice and on the merit of your IMU-CET score from an Indian Maritime University affiliated institution.

1. To join the Deck Department

This is a one year course, after which there will be an 18 month training onboard.

The minimum requirement is an average score of 60% in PCM and 50% in English. The candidate shall be 17-25 years of age.

After completion of the sea time, candidates can take the Second Mate’s Exam with the DG Shipping to attain their Certificate of Competency and can then sail as Third officer’s onboard merchant vessels.

This is a three year course, after which the candidate is trained onboard for 12 Months.

The minimum requirement is an average score of 60% in PCM and 50% in English.

After completion of the sea time, candidates can take the Second Mate’s Exam with the DG Shipping to attain their Certificate of Competency and can then sail as Third officer’s onboard merchant vessels.

2. To join the Engine Department

The duration of this course is four years, after which they are trained onboard for 6 months.

The requirements are the same which is a minimum average score of 60% in PCM and 50% in English.

This is a course for graduates of Mechanical engineering or naval architecture with a duration of one year.

Minimum requirement a minimum average of 50% in PCM and 50% in English.

This course is for holders of diploma from marine, naval architecture, mechanical, electrical, electronics and electrical.

Advantages of a Career in Merchant Navy

One of the best aspects of  jobs in Merchant Navy is the pay one gets as on officer onboard a vessel. It is one of the highest paying jobs in the world and offers very lucrative packages even for new-joiners compared to other shore based job.

Want a job that gives you a uniform, makes you travel around the globe and is something absolutely different from the mainstream 9-5 jobs? Then this is the job for you. From incredible views of the ocean to the amazing sunsets of the sea, this is the job to consider.

Another great aspect of service at sea is the work environment. You aren’t surrounded by people all the time since the crew on the ship is small and limited in number. Also, you are always in a clean pollution free environment, away from the cities which in turn makes you healthier.

Working as a Merchant Navy professional. You get long vacations after coming back from sailing. This means you can stay with your family all day and devote all your time and attention to them.

Disadvantages of a Career in Merchant Navy

1. Distance from friends and family:

The biggest disadvantage of these jobs and career option is that you will have to stay away from your families for long durations in fact months at a go. You surely are going to miss any celebrations, events, occasions or birthdays with your families because of the very nature of this job. Sailing in the middle of nowhere in oceans you cannot even get to your home on be there any situation of emergency.

Being away for months at a time definitely causes one to miss on things including your social life. Sailors tend to have awkward social life because of the nature of their Jobs.

As a sailor, you’re going to do a lot of hard work. Ships require constant maintenance with respect to all the machinery fitted onboard and the ship itself. Hence, there are no days off at the sea and you will have to be willing to work hard constantly.

Women empowerment in India – A breif discussion.   Economic empowerment is key to gender justice. But India’s workforce has been contending with a worrying retreat of women’s participation. The female labour force participation rate (FLFPR) in the country has fallen from 30.27% in 1990 to 20.8% in 2019, as per data from the World […]