Question 1. Where will the Men’s Boxing World Championship be held?

Question 4. Which country has held the parliamentary elections for the fourth time in two years?

Question 5. Which state government has named Amboli as a biodiversity heritage site?

Question 7. Which state government has given Rs 693.94 crore to help the farmers?

Question 8. ICICI Bank has partnered with whom to issue FASTags?

Answer – On the phone

Question 9. Which state government has approved the establishment of an Enforcement Directorate to investigate illegal mining?

Q.11. Which city has been converted by the Uttar Pradesh Cabinet into a Police Commissionerate?

Q.12. Where is the ‘India Korean Friendship Park’ inaugurated?

Q.13. Which country has successfully tested the Shaheen-1A missile?

Q.14. Who has been appointed as the Managing Director and CEO of Mahindra & Mahindra?

Q. 15. Who has launched the tribal TB initiative as part of the TB-free India effort?

Q. 16. Which medal has been won by India’s Paraethlete Singharaj in the 2021 Para Shooting World Cup?

Q.17. Which country’s Li Ji Jia has won the All England Badminton Championship?

Q.19. Who has recently started the ‘Catch the Rain Campaign’? 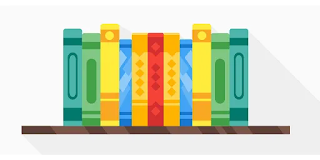 President of India, Shri Ram Nath Kovind, S.A. Accepting the recommendation made by Bobde, Justice N.V. Raman has been appointed as the 48th Chief Justice of India. Justice Raman’s term will be till August 26, 2022. Prior to his elevation to the Supreme Court on February 17, 2014, Justice Raman was the Chief Justice of […]