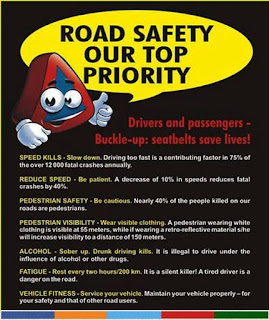 This report was released by Union Transport Minister, Nitin Gadkari on February 13, 2021

Key Findings of the report

5 Campaign launched on Prevention of Human and Animal Mortality on Highways:

On June 5, 2020, the Union minister of Road Transport and Highways Shri Nitin Gadkari launched the United Nations Development Programme campaign called “Prevention of Human and Animal Mortality on highways”. Need India is witnessing 5 lakhs road accidents every year. Out of these 1.5 lakhs lose their lives

On March 16, 2020, the Minister of Transport Nithin Gadkari informed Rajya Sabha that there has been 10% decrease in road accidents since the passage of Motors Vehicles Act

The National Safety Day 2021 was observed on March 4 in India. This day was observed with the objective of creating awareness among people regarding the safety measures

In order to create strong deterrent for law breakers, Haryana Police is placing a network of speed checking radars, interceptors, Automatic Number Plate Readers (ANPRs) and CCTV cameras at different locations along with the Highway passing through five districts of Sonipat, Panipat, Karnal, Kurukshetra and Ambala.
“Under this initiative, Haryana Police has fixed the target of reducing the number of road accidents and number of deaths on the 187-kilometer long stretch of NH 44 passing through Haryana by 33 per cent in the current year,” read a statement by the police

The DRDO has developed fire detection and suppression system for passenger buses. The technology can detect fire in buses in less than 30 seconds. Also, it can extinguish the fire in 60 Seconds. Highlights The technology was developed by the Delhi based Centre for fire explosive and environment safety of DRDO

Current affairs – daily click for 👉 Hindi   Follow us on Instagram  Daily Current Affairs : 12-10-2021   1. Which three scholars have been awarded the Nobel Prize in Economics for researching minimum wages and immigration? Ans : David Card, Joshua Angrist, Guido Imbons.   2. Who has become the Chief Justice of Allahabad High […]

UGC Recruitment 2021: There is good news for the candidates who are seeking Govt. jobs. University Grants Commission (UGC) has invited applications for the post of Junior Consultants in Distance Education Bureau. Eligible candidates can apply online to these posts only on or before 12 July 2021.  UGC has released the notification for the recruitment […]