A draft of China’s new Five-Year Plan (FYP) 2021-2025 has given the green light for the first dams to be built on the lower reaches of the Yarlung Zangbo river, as the Brahmaputra is known in Tibet before it flows into India.

The draft outline of the FYP for 2025 and long-range objectives through the year 2035, specifically mentions the building of hydropower bases on the lower reaches of the river as among the priority energy projects to be undertaken in the next 5 years.

The lower reaches refer to the sections of the river in Tibet before it flows into India.

The inclusion of the projects in the draft plan suggests the authorities have given the go-ahead to begin tapping the lower reaches for the first time.

This marks a new chapter in the hydropower exploitation of the river.

Other major projects include the construction of coastal nuclear power plants and power transmission channels.

The draft is all set to be formally approved.

The FYP’s backing for the projects also suggests that a number of long-pending proposals from Chinese hydropower companies to build dams on the lower reaches, including near the border with India, may be given approval.

India has expressed concerns to China over the four planned dams on the upper and middle reaches.

However, Indian officials have said the dams are not likely to greatly impact the quantity of the Brahmaputra’s flows in India because:

They are only storing water for power generation.

The Brahmaputra is not entirely dependent on upstream flows with an estimated 35% of its basin in India.

Dams on the lower reaches and at the Great Bend would, however, raise fresh concerns because of the location across the border from Arunachal Pradesh and the potential impact downstream.

Railways and a question of transparency

The article analyzes the concerns associated with the functioning of the Indian railways and suggests measures to improve its performance.

The railways are in the midst of financial distress and are faced with fundamental organisational issues.

The Operating Ratio is an important financial performance index to measure the financial viability and sustainability of the Railways.

The railway finances are in the red and the COVID-19 pandemic has nothing to do with it.

A major challenge facing the Railways is the burgeoning staff costs including pension.

Over the years, traffic revenues have been unable to keep pace with the increase in staff costs and pension payments. While the passenger and freight revenues increased by 84.8 % from 2010-11 to 2019-20, the staff and pension costs raced ahead at almost double that rate, by 157%, in the same period.

The spike in the staff and pension costs is largely attributable to the implementation of the Central Pay Commission recommendations. The Indian Railway’s finances are bound to be subjected to another fatal body blow by the next Pay Commission around 2025-26.

Subsidised LPG prices have increased by a massive 50% in the given financial year.

Pradhan Mantri Ujjwala Yojana (PMUY) was launched in 2016 to distribute LPG connections to women of Below Poverty Line (BPL) families. It provided an upfront connection subsidy of ₹1,600 for eligible beneficiaries.

PMUY has helped expand LPG coverage to more than 85% of households, in comparison to less than a third of Indian households in 2011 who used LPG as their main cooking fuel.

The government is offering 1 crore new connections under Ujjwala 2.0 in Financial Year 22.

India determines domestic LPG prices based on imported LPG price as India imports more than 50% of the total LPG consumption in India.

As the pandemic set in, the LPG subsidised price began to rise, even when global LPG prices plummeted, due to higher tax rates which were contributing to the government finances.

Currently, the LPG prices are rising globally and the government move to go in for a 50% reduction in the LPG subsidy budget for FY22 (versus FY21) will only further push LPG prices upwards.

The rising LPG prices could have a detrimental impact on the substantial gains made under the Pradhan Mantri Ujjwala Yojana.

Multiple studies assessing PMUY have concluded that while access has increased, many new beneficiaries are not consuming LPG in a sustained manner.

Large-scale primary surveys by the Council on Energy, Environment and Water (CEEW) suggest that, on average, recent PMUY beneficiaries consumed only about half the LPG compared to long-standing regular consumers.

China’s Foreign Minister warned the Biden administration to roll back former President Donald Trump’s practice of showing support for Taiwan, the island democracy claimed by Beijing as its own territory.

The One China policy recognizes the long-held position in Beijing that there is only one China, and that Taiwan is a part of that.

According to the One-China policy: Any country wishing to establish diplomatic relations with Beijing must acknowledge there is only “One China” and sever all formal ties with Taiwan.

He urged the people to buy affordable medicines from Janaushadhi Kendras.

Jan Aushadhi Diwas is celebrated on 7th March every year.

The Jan Aushadhi Divas aims to provide further impetus and create awareness about the use of generic medicines. 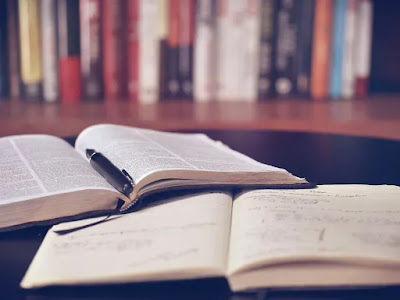 Border Disputes of India India has 15,106.7 Km of land border and a coastline of 7,516.6 Km including island territories. The length of our land borders with neighbouring countries is as under: 1/5 China 4 states viz., Himachal Pradesh, Uttarakhand, Sikkim and Arunachal Pradesh and a Union Territories of Ladakh (erstwhile state of Jammu & […]

INTERNATIONAL RELATIONS 1. U.S. to keep hard line on China trade Context: 2021 President’s Trade Agenda and 2020 Annual Report were submitted by the U.S. Trade Representative (USTR) to Congress. Details: According to the report, the Biden administration’s trade agenda will make pandemic recovery a top priority and focus on the American workers. The administration […]