Q.1. Which state has set up an SMS-based reminder allocation and information system?

Q.2. Who has been ranked in the most respected Forbes Under 30 Asia list?

Q.3. Which state government has announced the vatsalya scheme? 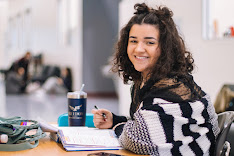 Q.4. Name the Minister of State for Finance and Corporate Affairs, who has launched the first phase of MCA 21 version 3.0?

Q.5. Which day is celebrated worldwide on 25 March?

Q.6. For how many years has the Asian Cricket Council postponed the Asia Cup 2021?

Q.7. Which state government has started the Sanjeevani project for Corona patients?

Q.8. Former chairman of which commission Sri Kumar Banerjee has passed away in India?

Q.9. Scientists of which country have developed an artificial “clay heart” in the lab for the first time?

Q.10. Which university has made it to the top 200 institutes of the country for the second consecutive year?

Q.1. In which country has Joe Biden appointed Sung Kim as special ambassador?

Q.2. In which state RBI has imposed a penalty of one lakh rupees on PMN Co-operative Bank?

Q.3. How many languages ​​has the e-committee of the Supreme Court issued a manual for “e-Quotes Services Mobile App”?

Q.6. Which financial tech company has been fined 20 thousand 414 crore rupees by China for breaking the monopoly law?

Q.7. In terms of wealth, who has become the second richest person in Asia, leaving behind Zhong Shanshan?

Q.8. Which day is celebrated all over India on 24 May?

Q.9. Which former India captain and head of the National Cricket Academy has been appointed the coach of the Indian team for the tour of Sri Lanka?

Q.10. Russia and which country has laid the foundation stone for its largest nuclear power project?

Q.3. Hockey India was selected for which prestigious award for contributing to the progress and development of sports in the country?

Q.4. Who was appointed as the Police Commissioner of Delhi?

Q.5. The World Food Awards Foundation has announced the award of 2021 to whom?

Q.7. Which popular Khasi lyricist and singer of Meghalaya passed away?

Q.8. Which application has been launched by the Government of Jharkhand for online booking of beds in the hospital?

Q.9. Which new channel has been announced by Prasar Bharati?

Q.2. Which game has been postponed indefinitely due to Covid-19 infection?

Q.3. Who has become the first Indian to win the “World Choreography Award 2020”?

Q.4. With whom has the State Bank of India (sBI) entered into an agreement to open Artificial Intelligence (AI) based online account?

Q.5. Which state has recently declared “Black Fungus” an epidemic?

Q.6. Where was the “51st Handicrafts and Gifts Fair” inaugurated recently?

Q.7. RBI has imposed a penalty of 14 lakhs on which company for violation of market rules?

Q.8. Which country has completely banned the import of ‘polyethylene plastic’?

Q.9. Who has been appointed the Chief Justice of Prayagraj (Allahabad) High Court?

Q.1. Which “ocean observation satellite” has been launched by China?

Q.2. Which program has been launched by the Government of India for the revival of PW Ds?

Q.4. How many heritage sites in India have been included in UNESCO’s list of ‘World Heritage Sites’?

Q.5. In which country will the Indian women’s team play the pink ball test?

Q.6. With which two technologies has the e-way bill system taken by commercial vehicles been combined?

Q.8. Ck Kuma ravel has resigned from Kamal Hasan’s party. What is the name of his party?

Q.9. How many thousands of spectators will be present in the International Cricket Council (ICC) World Test Championship (WTC) final?

Q.1. Which country’s President has removed the ban on immigrants getting visas?

Q.2. Which day is celebrated worldwide on 20 May?

Q.3. Which bank’s subsidiaries have been approved to sell to GPL Finance and Investments Limited?

Q.4. After how many days after the new announcement by the Union Health Ministry, now a second dose of Covishield vaccine will be given?

Q.5. Which state government has recently announced a grant of 10 lakh rupees to orphans?

Q.7. Which state has announced a compensation of 50 thousand rupees to the families of those who died from Corona?

Q.8. Who has approved emergency use of Covid-19 vaccine made in China?

Q.9. By what name has Iran launched its own most powerful supercomputer?

Q.1. In what name is the video streaming service launched by Amazon India?

Q.3. How much amount has been allocated by the Jammu and Kashmir government to promote tourism in the state?

Q.4. Who has started the Innovation Challenge to make Indian language learning app in collaboration with Higher Education Department?

Q.5. Which ministry has started the toll-free helpline Alder line for the elderly during the Corona period?

Q.6. Tribal Ministry and which company has signed a memorandum of understanding for digital transformation of tribal schools?

Q.7. In which city is the National Museum of Modern Art launched the Audio-Visual Guide app?

Q.8. How many states of the country have released Rs 5,968 crore under the Jal Jeevan Mission?

Q.9. Which 39-year-old man has been appointed as Pakistan’s new National Security Advisor?

Q.10. Former IMA president and Dr. K.K. Aggarwal, who has been awarded with which award, has passed away due to Corona?

Q.1. Who has won the “Italian Open Women’s Singles” title?

Q.2. How many times has Rafael Nadal of Spain won the title of Italian Open Tennis tournament?

Q.4. China’s Zhurong rover has successfully landed on which planet after completing 7 months of space travel?

Q.6. Rajnath Singh and who has released the first batch of 2-DG, anti-Kovid-19 drug developed by DRDO?

Q.7. Which state has announced to bear the expenses of the destitute children from Corona?

Q.8. Which Indian-origin woman has been appointed as senior adviser to the White House by US President Joe Biden?

Women empowerment in India – A breif discussion.   Economic empowerment is key to gender justice. But India’s workforce has been contending with a worrying retreat of women’s participation. The female labour force participation rate (FLFPR) in the country has fallen from 30.27% in 1990 to 20.8% in 2019, as per data from the World […]