Why are hydropower projects in the Himalayas risky?

Hydropower project is electrical energy produced through the power of moving water.. In modern technology, hydropwer moves turbines that pass on their energy to a generator which then produces electric power. Hydropower is a type of renewable energy, and once the power plant is constructed it produces little to no waste. 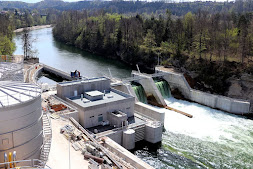 In the aftermath of the devastating Kedarnath floods of 2013, the Supreme Court had halted the development of hydropower projects in Himalayas (Uttarakhand).

It had called on the Environment Ministry to review the role played by hydropower projects in amplifying the natural disasters like cloud bursts and floods.

Several expert committees were set up to examine the role of 24 such proposed hydroelectric projects in the Alaknanda and Bhagirathi basin of the river Ganga and its tributaries. The first two committees had concluded that the proposed projects could have a significant environmental impact and irreversibly impact the fragile ecology of the region.

A new committee set up in 2015 recommended the projects to be allowed with design modifications to some.

What Concerns about hydropower projects in Himalayas ?

1. Impact on the flow of Ganga river

3. Exacerbate the vulnerability to natural disasters:

The fragile ecology of the region is prone to natural disasters like landslides and Glacial Lake Outbursts. The presence of hydropower projects in such vulnerable regions only increase the threat to the life and infrastructure in the region.

Also the seismically active Himalayan region is prone to earthquakes. A massive earthquake which could damage the dams can lead to flash floods and lead to loss of life and property downstream of the dams.

Environmental experts have attributed the glacial melt in Raunthi glacier which had triggered floods in the Rishi Ganga river to global warming.

Also the recent sixth assessment report of the IPCC has warned of the possibility of increased instances of cloudbursts.

The increased chances of intense spells of rainfall would trigger landslides in the region threatening the hydropower projects. This places the residents of the region at increased risk of loss of lives and livelihood.

What are  serenity about hydropower projects in Himalayas ?

Hydropower Project is abundantly available in the Himalayan state of Uttarakhand and its usage becomes critical to the development of the state.

Hydropower constitutes a renewable source of power and will be critical to meet India’s obligations under its Nationally Determined Contributions under the Paris Climate Agreement.

Need for a balance between development and environmental sustainability:

While the hydro power projects in the region have brought prosperity, they have also increased the vulnerability of the fragile ecosystem of the region.

Infrastructural development in the region cannot come at a heavy environmental cost, given that such growth and development will not be sustainable.

A balance has to be struck between development and environmental sustainability.

Small run-off hydro power projects with a small environmental footprint should be promoted in the region.

Other alternatives like solar power should also be explored.

The government must review its policy on hydro power projects.

The fact that the state of Uttarakhand has its own unique environmental challenges needs to be accounted for adequately in such a policy. The conservation, sustenance of these ecologically fragile regions must be given the highest priority.

The fact that the government has stated that it is not in favour of greenfield hydropower projects in the region is a welcome move in this regard.

Category: INTERNATIONAL RELATIONS  China gives green light for first downstream dams on Brahmaputra Context: A draft of China’s new Five-Year Plan (FYP) 2021-2025 has given the green light for the first dams to be built on the lower reaches of the Yarlung Zangbo river, as the Brahmaputra is known in Tibet before it flows into […]

UPSC Prelims Mains FACTS:      1. Shanghai Cooperation Organisation SCO is an 8-member Eurasian economic and security bloc led by China. It was founded in 2001 with China, Russia, Kazakhstan, Kyrgyzstan, Tajikistan and Uzbekistan as its founding members. India and Pakistan became full time members in 2017 in the backdrop of Astana summit of […]