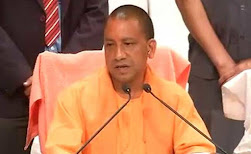 India’s ‘demographic dividend’ represents the potential for economic growth based on the age structure of the population.

Over 61% of India is aged between 15 and 59 years, and Average age of  Indian population is less than 30 years. This significant proportion of young people in the total population will help drive India’s economic growth.

The 2020 UNDP report as well as a study conducted by The Lancet point published by WHO out that as against the earlier fears of population explosion, the Indian population would stabilize earlier than expected most likely in the next 12 years.

Thus the window available to India to leverage its ‘demographic dividend’ is narrower than earlier estimates and it will be more critical that India focuses its attention on safeguarding adolescents and young people’s well-being to reap the benefits of the demographic dividend.

At 252 million, India’s adolescent population is among the highest in the world.

India stands 62nd in terms of public expenditure on education per student.

Such an underfinanced system would be plagued by issues such as poor infrastructure, poor teacher-student ratio which will, in turn, have a negative impact on the learning outcome of the children. This would be adverse or negative impact their employability or productivity.

Despite some commendable progress with respect to health indicators such as infant mortality, restrict growth and under-nutrition levels in the child population of India, the number continues to be higher than the global average or in comparison to countries at similar developmental stages as India.

Unhealthy children would grow up to become unhealthy citizens which will not only impede their ability to a good living but also have a marked negative impact on the Nation’s progress .

2.Impacts of the pandemic lockdown

The impact of the pandemic on Youngsters has been severe.

In India, more than 33 crore students have been affected by the shutdown of schools due to the pandemic induced lockdowns. This has terrible impacted the learning process of the students.

The school & Colleges lockdowns have also affected the nutritional security of a large number of children from poor households who are dependent on the mid-day meal scheme for their nutrition.

Studies have indicated that school closures have had a serious impact on the mental well-being of children, with around approx. 18% of young people likely to be suffering from worry and depression during the pandemic.

The impact of the COVID-19 pandemic-induced crisis on young girls has been huge.

Around 157 million school girls have been impacted by the closure of schools. Many of those who have dropped out are unlikely to go back to the school.

India has registered a huge rise in the early marriage of girls during the covid-19 pandemic which could be attributed to the increased poverty levels during the pandemic.

There  also been an increase in gender-based violence. Restricted mobility due to lockdowns puts girls at risk of violence at home in the hands of caregivers or partners.

Teenager or young girls continue to be at high risk during  this  situation given vulnerability to abuse and trafficking.

Career option after 10th and 12th

The world is hardly wired for cyber resilience – knowledge bouquet

INTERNATIONAL RELATIONS 1. U.S. to keep hard line on China trade Context: 2021 President’s Trade Agenda and 2020 Annual Report were submitted by the U.S. Trade Representative (USTR) to Congress. Details: According to the report, the Biden administration’s trade agenda will make pandemic recovery a top priority and focus on the American workers. The administration […]