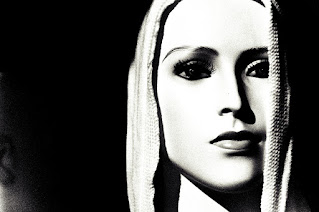 Economic empowerment is key to gender justice. But India’s workforce has been contending with a worrying retreat of women’s participation.

What’s worse, the decline was steepest in the years of high growth 2003-04 to 2010-11 indicating that  growth didn’t flow equally to men and women in terms of empowerment. The pandemic has likely aggravated this—the loss of jobs in the informal sector is likely to have pushed many women out of work.

The formal sector hasn’t done well either, with women’s share in new payroll additions, which had been trending downwards for a long time, falling to below 20% in August 2020.

India has one of the lowest women participation , In other words, 79% of Indian women (aged 15 years and above) don’t seek work.

Indian typically compares itself from other countries such as China, USA , Indonesia, and Bangladesh. they have two-to-three times higher rates of women participation .

Worse still, it is not the case that India is behind just a handful of countries. India’s 21% women LFPR is  not even half the global average (47%). The bottom of this chart further underscores the poor company of India keeps in terms of freedom for women. However, the truth about women’s participation in India’s economy is complicated.

Benefits of Women Empowerment in India

1. Women’s economic empowerment has been shown many times to be the best weapon against poverty.

2. Economically autonomous women can walk away from abuse. Providing young women with the means to earn shields them from human trafficking. Gender equality reduces violence of all kinds.

3. The beneficial effects of full inclusion for women would be visible at the institutional and national levels.

4. Including women in the financial system contributes to institutional profit and reduces risk also, increases transparency and stability for the entire economy also.

5. Allowing women to participate in international trade-increases a nation’s resilience.

Measures that increase Women in workforce:

1. Training and mentoring programmes helps to women employees for development.

2. Sponsorship programmes, in particular have been shown to be important in the promotion of women and the development of a strong pipeline of women talent.

5. The need or the preference for temporal flexibility in work shapes women’s choices of occupations, jobs and places of work and is a significant cause of the gender pay gap.

7. Women make enormous contributions to economies, whether in businesses, on farms, as entrepreneurs or employees, or by doing unpaid  work at home. 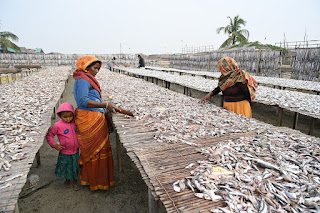 Economic results are best when men and women work in a gender-balanced way.

The Ultimate Guide to Merchant Navy The following article will give you an insight on all the information you need about Merchant Navy in a concise manner. It contains details regarding the most general questions and break misconceptions regarding Merchant Navy, debunking some myths along the way. What is Merchant Navy? Many people confuse Merchant […]

Home        About us     Contact Us Q.1. Who wrote the book ‘Nilimarani-My Mother My Hero’ Ans. Dr. Achyut Samanta Q.2. India has tied up with which country for academic and research cooperation? Ans. Japan Q.3. Who has been given the ‘Devishankar Awasthi Award 2020’? Ans. Ashutosh Bhardwaj Q.4. ‘Josa Usmani’ has been elected as […]

One Reply to “Women empowerment in India – A brief discussion”